Near FM awarded new license from the Broadcasting Authority of Ireland 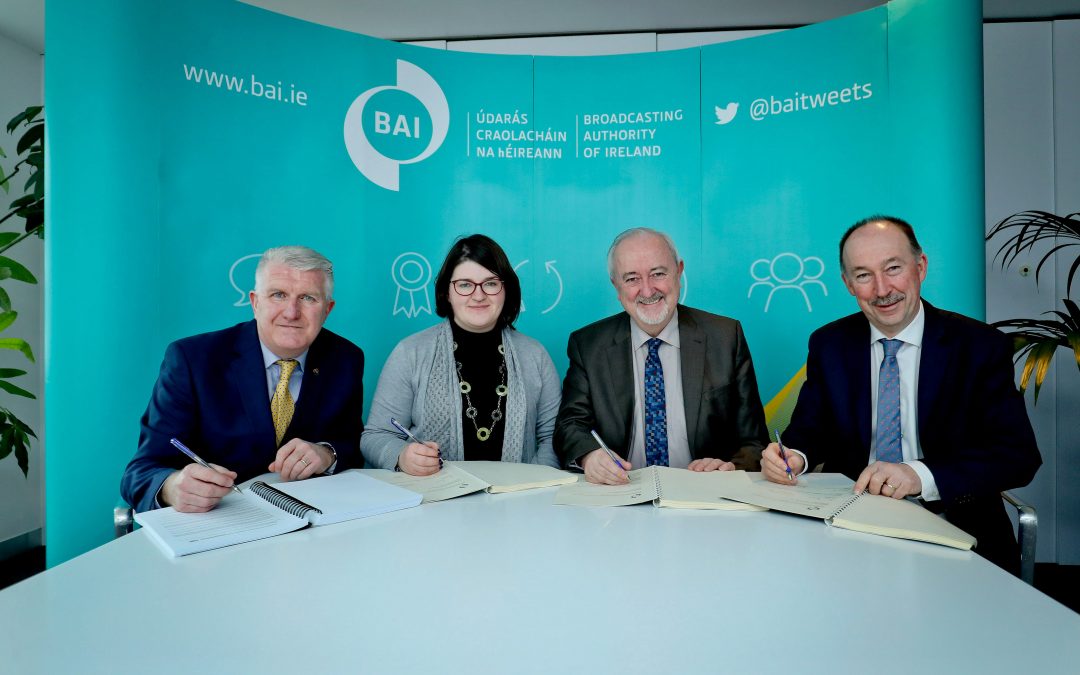 Near FM community radio have signed a new ten year licence with the Broadcasting Authority of Ireland. This is Near FM’s third ten year term as a licensed Irish broadcaster and means that communities in North East Dublin will continue to have a local community radio to serve them throughout the next decade.

Near FM broadcasts 24 hours a day with production and broadcasting services undertaken by a dedicated team of staff and volunteers.  Programming content ranges from local current affairs, minority language, sport, specialist music, educational and much more. Near FM have won many awards over the years in arts, Irish Language, drama and documentary programming.

Speaking at the licence signing, Near FM Committee of Management member Sabrina Ryan said “It’s a great honour for us to continue to provide this service for all of our broadcasters, listeners and the communities we serve, especially the lesser heard voices”.  Michael O’Keefe, CEO of the Broadcasting Authority of Ireland, echoed this by adding, “We are delighted to sign a new community radio contract with Near FM. Community radio plays an important role in facilitating active citizenship, and today’s contract signing marks Near FM’s continued commitment to represent and engage with its North East Dublin community, and to promote the participation of its members in radio. I would like to wish the station continued success over the term of its new contract.”

Near FM broadcasts on 90.3 FM in North East Dublin www.nearfm.ie

We use cookies to ensure that we give you the best experience on our website. If you continue to use this site we will assume that you are happy with it.Ok