On June 12th  2019 over 50 people who live in Direct Provision Centres gathered in Claremorris to receive QQI Certificates in Media Expression Level 3. This Community Foundation for Ireland funded training “Giving Voice to the Silent” was delivered by Community Radio Stations throughout the country and by September up to 120 people living in Direct Provision will have received certification.

This is the 3rd collaboration between CRAOL and The Community Foundation for Ireland. In 2015/2016 through the Older Persons Fund initiative  CRAOL through 27 Community Radio Stations provided Training to 270 people over the age of 55 and produced a series of programmes “Speaking Up for a Change”, in 2017 CRAOL undertook to provided training to 80 people in mixed groups comprising of people from the Traveller, LGBT, Immigrant and Former Offender communities and this also saw a series of programmes produced called ‘Supporting the Voices of Marginalised Groups” That’s a total of 470 people trained in QQI Media Expression Level 3.

CRAOL wishes to thank everyone involved, the  trainers and Stations, the learners for their commitment and dedication and The Community Foundation for Ireland for making this possible.  Attached some photos from the great day we had in Claremorris. 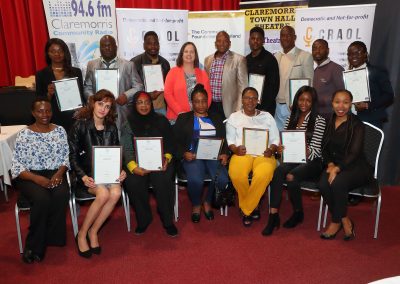 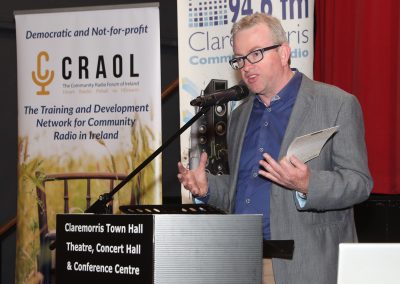 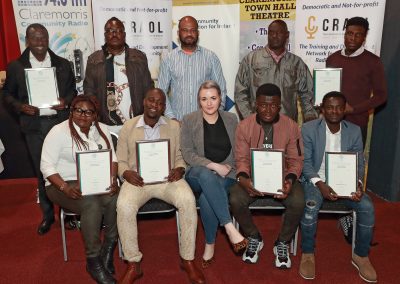 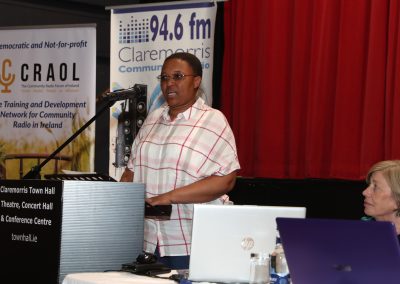 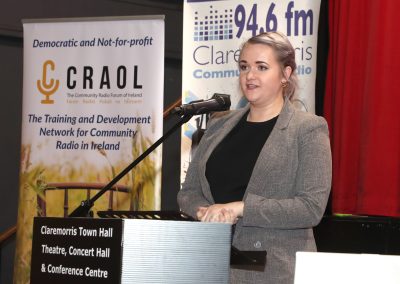 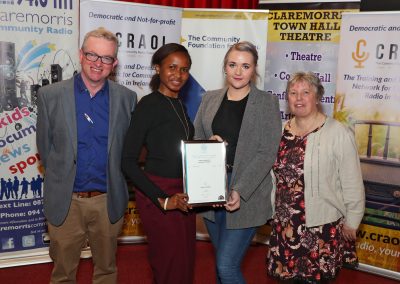 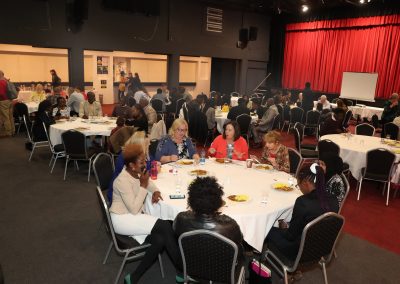 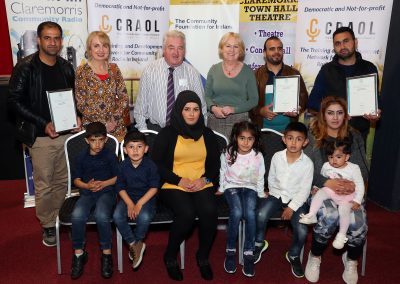 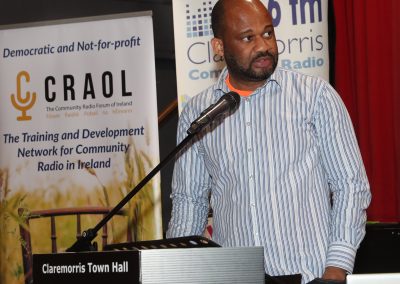